Among woods and villas. Medicis’ landmarks in Empolese Valdelsa

No CategoryTravel ideasWhat to do

No doubt, the Medicis are among the noble Italian families the one  which more reminds us of  Renaissance, of the commission of great masterpieces, of Michelangelo, Leonardo and Botticelli’s Florence … Many know that they came from the Mugello area  and w built magnificent villas around Florence, but how many know the places dear to them in our territory?

Towards the middle of the sixteenth century,  the Medicis, then  firmly at the head of the Grand Duchy of Tuscany, chose to transform the areas of Montalbano and oPadule of Fucecchio into some real holiday resorts, for hunting and relaxing ,far away enough, but, in case of need, well connected with Florence. Today some of these places have become museums, others have become protected areas, a paradise for lovers of trekking and nature. Discover them by following this route in the footsteps of the Medicis in ‘Empolese Valdelsa. 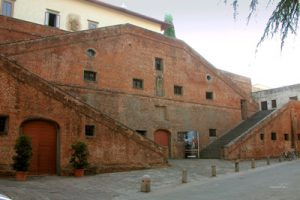 The Medicis, rulers of Florence and of a great part of Tuscany, at the beginning of the sixteenth century owned a farm near Stabbia, the center of administration of the surrounding fertile lands and mills, but the first important intervention to transform this area into a holiday resort was in 1556, with the erection of the Medicis Villa of Cerreto Guidi, wanted by the Grand Duke Cosimo I. Today the monumental building designed by Davide Fortini and completed by Alfonso Parigi the Elder, with the spectacular ramps know as “medicis’ bridges” attributed to Bernardo Buontalenti, towers in the heart of Cerreto Guidi along with the adjoining church of San Leonardo. The villa, used as a base for hunting trips in the beautiful hills of Cerreto Guidi and in the woods of Montalbano, now houses the Historical Museum of Hunting and the Territory, which, taking into account the original vocation of this residence, exposes a rich collection of hunting weapons and Medicean portraits.

Despite the presence of the Museum and the beauty of the building, the fame of this villa is linked to a sad story of love and death: July 15, 1576, in these rooms, Isabella de ‘Medici died mysteriously. Cosimo’s  favorite daughter and nobleman Paolo Giordano Orsini’s wife, the young woman of great beauty and culture was known as the Star of the Medici family. Tradition has it that, suspected of adultery, she was strangled by her husband in her bed (still visible inside her room in the villa). New historical researches tell a different story, of great love and passion for Paolo Giordano and, in all likelihood, of a natural death from a sudden illness. However they went the facts, some people are certain that through the rooms and the halls of the villa still hovers Isabella’s presence .

In fact, every July,  Cerreto remembers her story and the splendor of the Renaissance during  ‘Isabella’s Night ‘.

An extraordinary marsh
From Fucecchio to Ponte a Cappiano 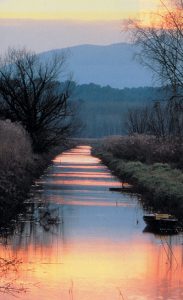 Leaving behind the village of Cerreto Guidi and heading towards Fucecchio (loc. Le Botteghe) between breathtaking views and vineyards as far as the eye can see, you can reach the Marshes of Fucecchio, the largest inland wetland in Italy. The swamp, albeit very different from how it appears today, also existed at the time of the Medicis and Leonardo da Vinci that drew and mentioned it several times in his writings. The same Cosimo I who built the Villa of Cerreto Guidi, in 1549  had built by Luca Martini a lock  in Ponte a Cappiano (still visible today) to optimize the regime of the water in order to  make the most of this part of land for crops and for its river links along the Arno. Not only that, the particular environmental conditions that attract numerous species of birds, made the Marsh area the perfect for hunting trip from the nearby Medici Villa of Cerreto Guidi. Today the marsh is one of the last refuges for many marsh plants and offers great attractions for birdwatchers, especially during the spring period when you can observe many of the 150 bird species including herons, stilts and black stork. It is possible to explore this special area thanks to numerous hiking trails and guided tours offered throughout the year (info www.zoneumidetoscane.it). 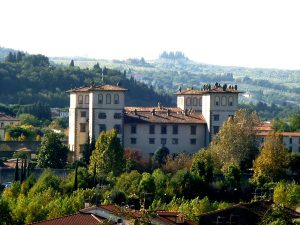 Less than two decades after the construction of the Medici Villa of Cerreto Guidi, in 1573, a son of Cosimo I, Ferdinand, bought and restructured another residence in this area: Villa Medici dell’ Ambrogiana directly overlooking the Arno near Montelupo Fiorentino. Easily reached from the river, with its four sturdy corner towers, this residence was certainly one of the most monumental among those belonging to the Medici family. The park of the villa, reaching up to the bed of the river, also included a scenic mannerist cave with water features, like those created by Buontalenti for Boboli Gardens in Florence. The Ambrogiana was the favorite residence of Cosimo III, who at the beginning of ‘700, moved here some of his collections of paintings, botanical and natural specimens and commissioned the construction of the nearby monastery dedicated to St. Peter of Alcantara.

Today the villa houses a health facility and can be visited only on rare occasions with a guide. Nevertheless, the stop at Montelupo Fiorentino is a must to admire the wonderful ceramics kept in the Museum of Ceramics. Throughout the Renaissance, in fact, from the furnaces of this city they came from the most refined tableware used by the  Medicis’ court and by the Florentine elite. Among the thousands of items on display try to lokk for those with the famous Medicis’ coat of arms

The Barco Reale Mediceo
Hunting in the Montalbano woods 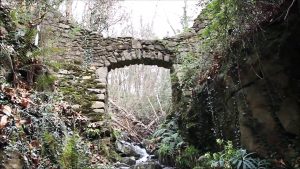 The Montalbano hills between Florence, Prato and Pistoia, in the sixteenth and seventeenth centuries were chosen as a hunting reserve by the Medici family who privatized a large part of the territory establishing the Barco Reale Mediceo. The hunting grounds, fenced by perimeter walls still partly visible today, stretched for more than 4000 hectares and contained mostly wooded terrain sheltering a large number of birds, hares, wild boars, deer, bucks  and even bears. Around the Barco  sit Artimino, Ambrogiana and Cerreto Guidi villas, which guaranteed the right comfort to return from hunting and from all the outdoor activities. After the end of the Medicis dynasty the Barco passed, with all its other properties, to the Lorenas, who decreed it open  in 1772. Today the slopes of Montalbano are  traveled far and wide by hiking trails through forests and valleys in a landscape still largely untouched.