The Empoli Valdelsa area enjoys a central position with regard to the major Tuscan towns and is well connected both with roads such as the medieval Via Francigena and the Arno river which for centuries the navicellai from Limite navigated all the way to Pisa. These connections have allowed for the development of important manufacturing activities which are still alive today and represent the true excellence of Tuscan hand craftsmanship.

Ceramics from Montelupo Fiorentino, the Renaissance is served.
The production of ceramics, linked to the presence of clay deposits along the banks of the River Arno, dates back to the Middle Ages in Montelupo but it was during the Renaissance that the town became the main centre of production serving the Medici court, where the most fashionable decorations were created for the tables of the grand dukes. Today the history of this product is told by the Museum of Ceramics, while many artisan workshops continue the traditional processes to create precious objects which recall the typical Renaissance styles and also take inspiration from contemporary fashions.

For information on visiting these workshops and for purchases: www.stradaceramica.it

The thousand faces of terracotta
Since the 16th century, the same clay deposited on the banks of the River Arno in Montelupo has served to create refined ceramic table services. Manufactured in nearby Capraia Fiorentina and Samminiatello to produce different types of terracotta. Bowls, oil decanters, roof tiles and cooking pots were produced in the family run factories which have evolved into specialised artisan workshops, often the protagonists of numerous trade fairs and the ideal place for discovering the history and tradition of clay production.

For information on visiting these workshops and for purchases: www.stradaceramica.it

Green glass of Empoli
For decades, the undisputed star of many tables, ideal for conse 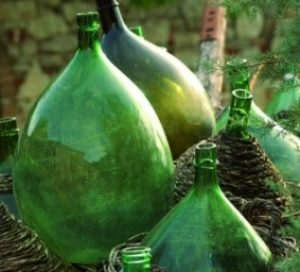 rving oil and wine and an original primary material for local artists and artisans with which to express their creativity. Green glass is the product which is most closely linked to the history of Empoli. In the nearby Valdelsa area, in particular in Gambassi Terme, glass production has been dated back to the XIII Century. Glass production in Empoli started during the XVIII Century and became the most important commercial activity of the city. In 1928, the glassmaker Taddei had become so famous that Queen Elena of Savoia paid a visit and was presented with a set of glassware engraved with the royal crest. After the decline in production after the Second World War, few glassmakers remained active but the memory of this golden age lives on at the Glass Museum, in the city centre.

For information on visiting these workshops and for purchases: www.centrovetro.it

From leather producers to designer goods in Fucecchio
Unmissable for all fans of shoes and leather accessories, undisputed symbol of made in Italy. Shoemakers and cobblers have been working in Fucecchio since the 18th Century and today there are numerous leather producers and outlets with many bargains to be found. 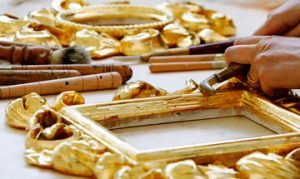 From after the Second World War, Valdelsa became one of the three most important Italian centres (together with Naples and Treviso) for the production of shafts, accessories, complements and machinery for frames. Today, in many businesses in Certaldo and Castelfiorentino the centuries old gold-leaf traditions for creating golden frames continues.

The historic production of marshland grasses
Typical activity carried out for centuries in the area of the Fucecchio Marshland, the production of “sarello” represents an integral part of the cultural heritage of this area. Cultivated, harvested, dried and woven, these grasses are used to make wicker wine bottle covers and chairs. The Centre for Research and Documentation of the Fucecchio Marshand regularly organises weaving courses for both locals and tourists.

Information: Centre for Research and Documentation of the Fucecchio Marshand , www.zoneumidetocane.it

Onyx and precious stones
Not far from Montaione, near to lano, a true natural “treasure is hidden”: the precious onyx-alabaster, which was mined for decades. Today in Montaione there is just one artisan specialised in working with precious stones, who produces exquisitely decorated objects, also using this unique local stone.