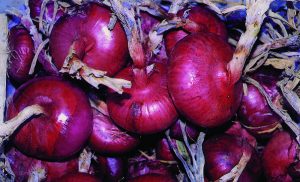 The main ingredients of gastronomy and local cuisine, these products are the result of century-old traditions, representing an excellence to taste in restaurants, farms and farms of the territories.

The bread of Montaione and Montespertoli
Produced without salt, oil and butter, naturally leavened and of great size, Tuscan bread has always accompanied many recipes of the local culinary tradition.

Try it in the bakeries of Montaione, one of the “cities of bread” in Italy, or discover it in the bread shops of Montespertoli, where the local bread, recognizable by the “M” imprinted on the crust, is a genuine product at 0 kilometres, is made by working the grain, grown, harvested and processed in the municipality.
An interesting fact: the total absence of salt in bread, dates back to the 12th century when, because of the struggles between Florence and Pisa, broke off trade inland of this precious product.

The white truffle mushroom of Valdelsa
In the woods of Valdelsa, where the presence of moist soils and limestone joins together also with the typical Mediterranean trees, you will find some of the best Tuscan truffle. A major feature in our area, the precious white truffle, is to be enjoyed fresh to enrich any recipe with its strong flavour. Many events are dedicated to this wonderful delicacy, including Tartufesta, in late October are alive in the streets of the village of Montaione.

Fucecchio Saffron
The hills of Florence are famous for their “Zima of Florence”. A precious spice, better known as saffron, which has also been cultivated for centuries on the slopes of the Cerbaie hills, in the Massarella area, above the Padule di Fucecchio (Fucecchio Marshes). This is why, in 2021, Fucecchio became part of “Zafferano Italiano”, the national association gathering those cities famous for their saffron production.

The Marzolino of Lucardo
This special cheese, made from sheep’s milk, has a delicate flavour and a smooth texture. Its name derives from the medieval village of Lucardo, but can be found at the shops and producers in the Valdelsa area.
An interesting fact: a depiction of the marzolino cheese can be seen in one of the frescoes of Benozzo Gozzoli in the Museum BEGO of Castelfiorentino.

The onion of Certaldo
Closely linked to the city’s identity and symbol of an ancient tradition, the red onion of Certaldo  has been cultivated for centuries on farmlands surrounding the medieval village and is now a popular local delicacy. Available in two varieties, the winter variety, with a more pungent flavour, and a summer variety to be eaten raw, the red onion is ideal for soups and croutons to compliment the classic “lesso rifatto”(a dish of leftover boiled meats). It can be found in the shops of Certaldo or at local farmers’ markets in the area. In october, don’t miss to visit the food and wine festival Boccaccesca and taste Certaldo onions.

The artichoke of Empoli
This artichoke with an intense green colour, close to purple, being quite compact and tender; the artichoke of Empoli has a delicate and unmistakable flavour. It is harvested April to June and may be found every second Saturday of the month in Piazza della Vittoria in Empoli where there is a busy open market and farmers’ market. Every year, between aprile and may, in Empoli there is the Festival of Empoli artichoke.

The tripe of Castelfiorentino
In the past, also represented on the coat of arms of  Castelfiorentino, tripe, especially the leaner part called centopelle (the inner skin), is a product that has always been popular in this area. Despite being a cut of meat less appreciated of the dairy cattle, tripe, cooked or stewed in a tomato base, is a dish with a strong unmistakable flavour. To try it in local restaurants is another way to discover the Tuscan culinary tradition.

The bread of Bistugio – Il Pan Bistugio
With a name that closely resembles the terms related to the production of ceramics, this typical cake made in Montelupo Fiorentino, just like the beautiful Renaissance majolica patterns, is made with two different cooking methods, one for the inside, soft part of the bread and one for the crust. Flour, butter, sugar, egg yolks, natural yeast and milk, for the tradition, lemons are added from the garden of villa Medicea as well as pine nuts from Samminatello. These are the simple ingredients that are still used to prepare this sweet bread today. You can find and taste it in cafés and patisseries of the historical centre of Montelupo.

The Sweets of Fuceccio – Gli Zuccherini di Fucecchio
Typical of Carnival, with a hint of anise and citrus, these sweets have a texture similar to those of dry biscuits; they can be kept for a long time and had always been kept in the pantries of peasant families. They have been produced since the 19th century. Today you can find at bread shops and bakeries of Fucecchio. 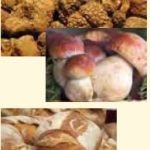 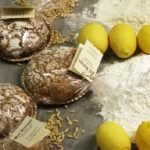 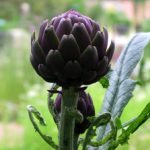 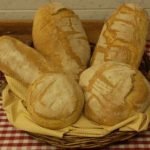 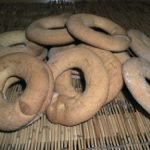 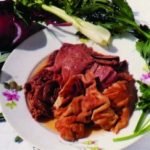