Immersed between the green hills of the Montalbano and the flow of the Arno, these two small towns, united under one City Council, owe their presence to the river and its history and traditions.

Recent archaeological digs on the hills of Montereggi have unearthed many artefacts which can be viewed at the Museum of Archaeology in Montelupo, and would date the ancient river back to Etruscan times. Without a doubt the port of Limite began to develop from Medieval times and thanks to the reliability of its navicellai (boatmen) known for their ability in transporting goods along the river it became a vital link between Florence and the sea.

A deep understanding of the river and centuries old experience with boats led to the birth of Florentine shipyards, their history told by the Shipbuilding Exhibition Centre where one can see models of boats, original photographs and shipbuilding tools together with materials that detail the history of the Limite Rowers Society, founded in 1861 and the oldest of its kind in Italy.

The traditions linked to the river are still alive today during the Palio di San Lorenzo and the Palio con la Montata, during which the rival city districts compete against one another in an exciting regatta on the river Arno,

The town of Capraia Fiorentina, built up in a bay of the Arno river, was an important outpost of the city of Pistoia during Medieval times for the control of river trade between Florence and Pisa. The two churches of San Jacopo a Pulignano and San Martino in Campo bear witness to the dependence on the Pistoia area and of the prosperity of the castle. Both churches were built in the XII Century along the slopes of the Montalbano. After years of hostility which led to the construction of the Castello di Montelupo by the Florentines, in 1204 peace was restored between Florence and Pistoia. Since then the proximity of the river and the availability of raw materials was exploited to develop the production of terracotta, an activity which carries on in workshops of the town and of which the  Fornace Pasquinucci, located along the river banks bears witness too.Today the factory has been converted into an exhibition and art centre.

Behind Capraia, on the forest covered hills of Montalbano, where between the XVI and XVII Century, the Medici family created a vast hunting reserve (Barco Reale Mediceo), it is possible to follow a number of trekking trails which reward you with stunning views across the river Arno and of the fertile surrounding countryside. 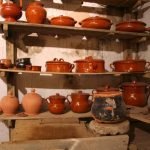 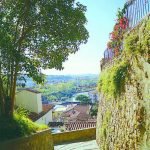 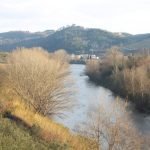 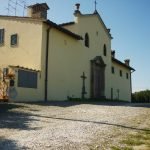 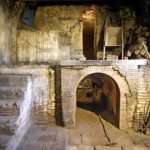 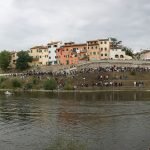 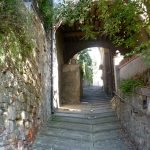