In the heart of the Valdelsa area, well connected to the cities of Siena and Firenze, Castelfiorentino is a small city that balances both modernity and tradition, where the numerous traces of the past live alongside the lively activities of the present.

Like many towns in this area, Castelfiorentino developed over the course of the Middle Ages thanks to its position near to where the Via Volterrana and the Francigena meet. In this castle, the remains of which can be found near Pieve dei Santi Ippolito e Biagio and the Collegiata dei Santi Lorenzo e Leonardo (both dating from the XII Century), after the battle of Montaperti in 1260, the peace treaty that ended the conflict between Siena and Florence wasc signed, a historic event which is remembered today with a captivating commemoration.

Outside the city walls we can find the Church of San Francesco, a rare example of Gothic architecture in the Valdelsa area and the Sanctuary of Santa Verdiana, recognisable for its imposing baroque facade and dedicated to the protector of Castelfiorentino, who during the XIII Century lived for more than thirty years in solitude in a tiny cell that can still be seen today in the Church. The original depiction of the Saint was located here, the work of an anonymous artist from Siena of the XIV Century, now conserved in the nearby Museum of Santa Verdiana together with other artworks such as the precious paintings of the Madonna and Child by Cimabue and  Taddeo Gaddi.

The monumental frescoes created between 1484 and 1490 by Benozzo Gozzoli can be admired in the Museo BeGo, a museum dedicated to the Florentine painter famous for the colour and elegance of his paintings.

As we leave the city centre for the surrounding countryside, it is impossible not to notice the ordered landscape, partly modelled by the work of the revolutionary agronomist  Cosimo Ridolfi, who in 1834, in the Villa di Meleto, founded the first Agricultural Institute in Italy where modern agricultural techniques were taught in an experimental way.

This well-kept land and the courtesy of its inhabitants was remembered in 1819 by the famous writer Stendhal who, passing through Castelfiorentino, appreciated the local story telling traditions so much so as to compare them to his experience at the Scala in Milan. It may be due to this vocation for the arts that in 1867, a theatre was built in Castelfiorentino (Teatro del Popolo), which is still today the fulcrum of this small town. 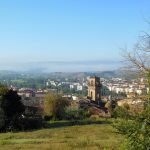 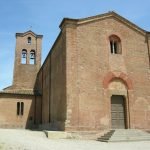 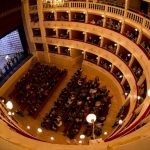 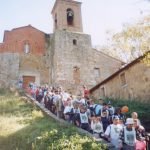 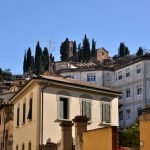 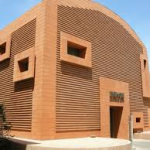 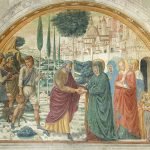 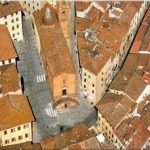