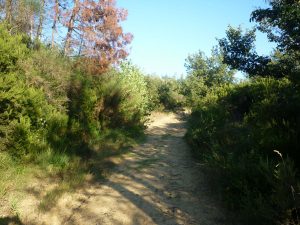 A few kilometres from Limite sull’Arno, on the slopes of the Montalbano, this town was originally a castle which together with that of Conio (which today has disappeared), guaranteed the control of the passage between Pistoia and the Arno river.

Today only the tower remains of the medieval architecture while in the 17th Century Church of Saint Peter, the multi-coloured wooden statue of Saint Peter dating back from the XIV is conserved, despite the bombing of the church during the Second World War.

Not to be missed are the extraordinary viewpoints along the windy road which leads to the town.