Home to the Medici family

Cerreto Guidi can be found among the hills cultivated with vines and olive trees, between the River Arno and the water of the Padule di Fucecchio. It is a characteristic town which the Medici family chose as a place of rest and relaxation.

The name inevitably evokes the presence of the Medieval Conti Guidi, who, as he had done in Vinci, wished to build a castle to control the land. However, the town of Cerreto Guidi owes its current urban layout to the Medici family. The famous Florentine family decided to take advantage of the delightful position of the town, easily reachable along the Arno river or on land, just a short distance from the forests of Montalbano and the Fucecchio marshland, ideal for hunting expeditions and built a splendid country residence. The imposing villa, which still dominates the city centre today and which together with the nearby Pieve di San Leonardo makes up the Complesso Mediceo, was built on orders of Cosimo I in 1556 and today hosts the Museo Storico della Caccia e del Territorio which reminds us of the original purpose of this extraordinary residence.

Also dating from the Medici period and a short distance from the villa is the Oratorio della Santissima Trinità which conserves an altar piece from 1587 recently attributed to Domenico Cresti, known as il Passignano, of the Mass of St. Gregory.

Just outside the town centre one finds the Santuario di Santa Liberata, which today is dedicated to the patron of Cerreto Guidi, built in 1336 as a thank you for freeing the city from the troops of Mastino della Scala and which was renovated in the 17th Century.

There are other important villas in the surrounding areas of Cerreto Guidi which one can explore on foot or by bicycle, following one of the signposted trails, such as the Villas of Colle Alberti and Petriolo which have become hotels or wine and olive oil producing companies where one can stay and taste the excellent Vino Cerreto IGT among other wines.

Finally, enthusiasts of local history and of the passing on of memories and witness accounts can immerse themselves among the voices and tales within the MuMeLoc – Museo della Memoria Locale (Musuem of Local Memory), which also contains a great deal of information on the action that took place in the nearby Fucecchio marshland area during the Second World War. 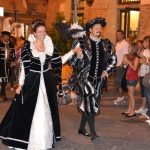 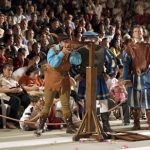 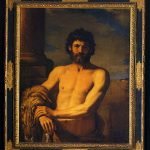 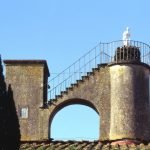 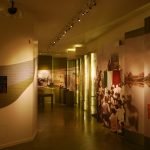 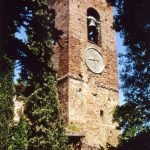 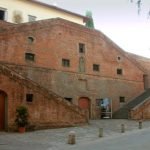 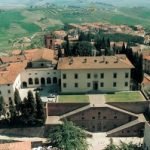