The town of Boccaccio

Surrounded by the stunning Valdelsa hills, Certaldo is a characteristic medieval town where it seems that time stopped centuries ago.

The first signs of a settlement date back to Etruscan times but it was in the XII Century, under rule of the Conti Alberti family that the castle was built, known as the Palazzo Pretorio and the town was extended to become the seat of the chief magistrate and then of the Valdelsa parsonage.

Like many medieval towns, Certaldo is also located on a hilltop and is enclosed within walls, which for the most part have been well conserved, featuring several ancient doors (Porta Alberti, Porta al Sole and Porta al Rivellino). The most convenient and panoramic way to access the castle and to appreciate the medieval town is with the funicular railway which parts regularly from Piazza Boccaccio.

Certaldo is located near to the Via Francigena along which activities of trade and exchange took place. The town boasted a number of important Florentine Families, merchants and bankers as residents including the famous writer Giovanni Boccaccio (1313-1375), author of the Decameron who lived most of his life here and requested to be buried here.

A visit to the town should include a stop at the House of Boccaccio, today a museum and specialist library and at the tomb of the writer in the Church of Saint Jacob and Saint Philip. Also not to be missed is the Museum of Sacred Art, where the famous wooden crucifix of Christus Triumphans can be found and the unique Nail Museum.

The city of Boccaccio also boasts important food and wine traditions which make the most of the typical products of the territory, such as Chianti wine, extra virgin olive oil, white truffle and the famous Certaldo red onions. Similarly, the town comes to life during the year with events and exhibitions such as the International festival of Mercantia in July and the kermesse dedicated to food and wine, Boccaccesca during the month of October. 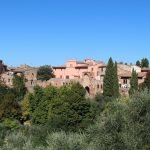 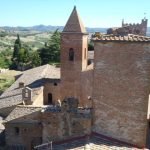 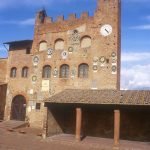 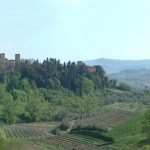 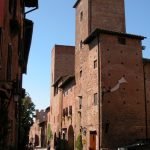 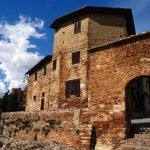 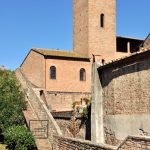 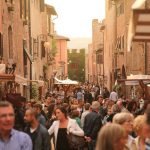