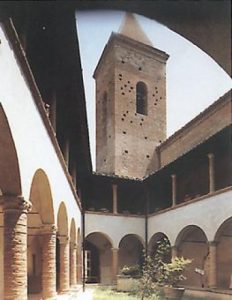 This small Romanesque church built between the XII and XIII Century, can be found between the House of Boccaccio and the imposing Palazzo Pretorio and is the access point for the Museum of Sacred Art in the Augustinian Convent.

In the centre of the only nave one finds the tomb of Giovanni Boccaccio, signposted by the bas relief of the sculptor Mario Moschi. The sculpture was inspired by the first well-known portrait of the famous writer, painted during the mid XV Century by Andrea del Castagno and now displayed in the Uffizi Gallery in Florence.

Nearby lies the tomb of another important citizen of Certaldo, Beata Giulia della Rena (1319-1367) who lived and died in a cell of the convent and to whom in 1372 an altar in the same church was dedicated. The nun Antonia, said to be the daughter of the famous painter Paolo Uccello, created the dais at the end of the XV Century.

Church of Saint Jacob and Saint Philip:
Certaldo – Via Boccaccio 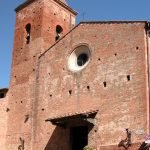 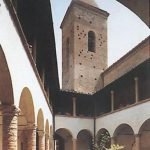 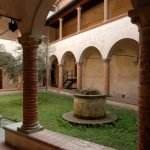