The city of Empoli, which today is an important centre of business and industry, boasts an ancient history from centuries old traditions and a rich artistic patrimony conserved within its museums and churches. The historic centre, developed over the Middle Ages, is centred around the stunning  Piazza Farinata degli Uberti. The square is home to the  Palazzo Ghibellino, today home to the Museum of Palaeontology and the Collegiata di Sant’Andrea which, with its white and green marble facade, typical of the Florentine Romanesque, is a clear demonstration of the close links between the city of Empoli with nearby Florence.

Annexed to the Church is the Museo della Collegiata di Sant’Andrea which houses authentic masterpieces of Tuscan art from the XIV-XI Centuries, including a baptismal font attributed to Bernardo Rossellino, frescoes by Masolino, sculptures by Tino da Camaino and Mino da Fiesole and refined paintings by Lorenzo Monaco, Rossellino, Botticini and Filippo Lippi. A short distance from the museum and included in the entrance ticket one can find the Chiesa di Santo Stefano degli Agostiniani which conserves the remains of frescoes by Masolino, a marble Annunciazione by Bernardo Rossellino and a painting by Jacopo Chimenti, known as l’Empoli.

At the ened of the XV Century, in Pontorme just outside the city of Empoli another famous painter was born, Jacopo Carucci, known as Pontormo. Today his childhood house is a museum where his life and works are retold from a copy of his Diary and from copies of preparatory drawings for the paintings of Saint John the Evangelist and Archangel Michael (still visible today in the nearby Chiesa di San Michele) and from a copy of the ancient Madonna del Libro (Madonna of the Book),one of the most copied paintings of Jacopo. These splendid artworks and ancient buildings in the city centre tell us about Empoli in the Middle Ages and Renaissance while the vetro verde can be considered the real symbol of industrial development in the city during modern times.

The original Museo del Vetro, tells the story of this well known production which strongly defined its local identity between the 1800s and 1900s. Visitors to the museum can discover the various phases of the glass manufacturing process. The centrally located Piazza della Vittoria, where among other things musicians and music lovers can find the house of the famous pianist Ferruccio Busoni, is the centre of city life today and every second Saturday of the month the  Mercatale takes place here, where local produce such as the famous Carciofo Empolese and the typical vino Bianco dell’Empolese can be found. 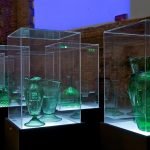 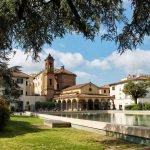 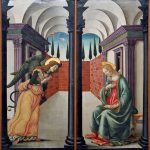 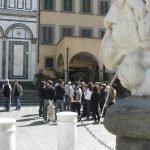 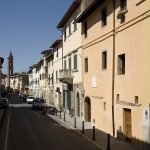 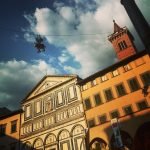 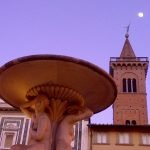 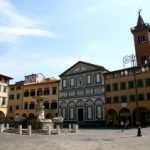