Excursions and trekkingWhat to do

If you love walking in the nature and would like to explore the countryside around Fucecchio, try this less-travelled route to the Fucecchio marshes, starting from the village of Ponte a Cappiano.

This excursion is perfect all year round, either on foot or by bicycle: on foot it will take you approximately 1h 45’ to go and the same to return; by bike round trip will be totally about one hour. 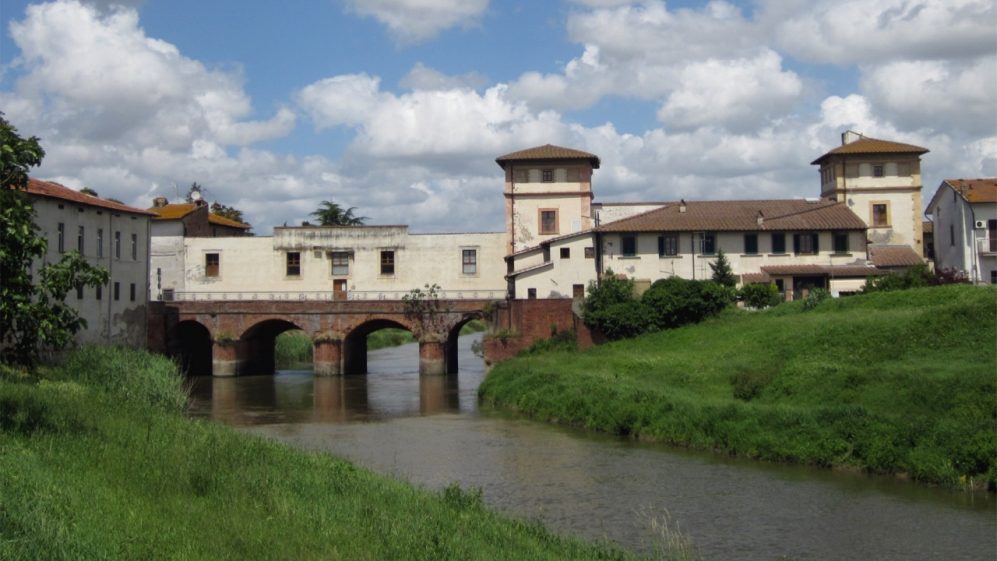 The itinerary starts from Ponte a Cappiano at the foothills of the Cerbaie. This area takes its name from the ancient ponte di Cappiano (bridge of Cappiano), built along the Via Francigena in order to cross the Usciana, an emissary of the Fucecchio marshes. The current structure of the bridge dates back to the mid-sixteenth century and was built at the behest of Cosimo I dei Medici. The bridge of Cappiano was also studied and appreciated by Leonardo da Vinci, who depicted it in one of his drawings.

Let’s take the path to Massarella and go past the Banti olive oil mill, a real reference point in the area, for over 50 years, for olive oil production. Getting across the green hills of Montalbano we will reach then the hamlet of Massarella.

MASSARELLA AND THE GARDEN OF REMEMBRANCE 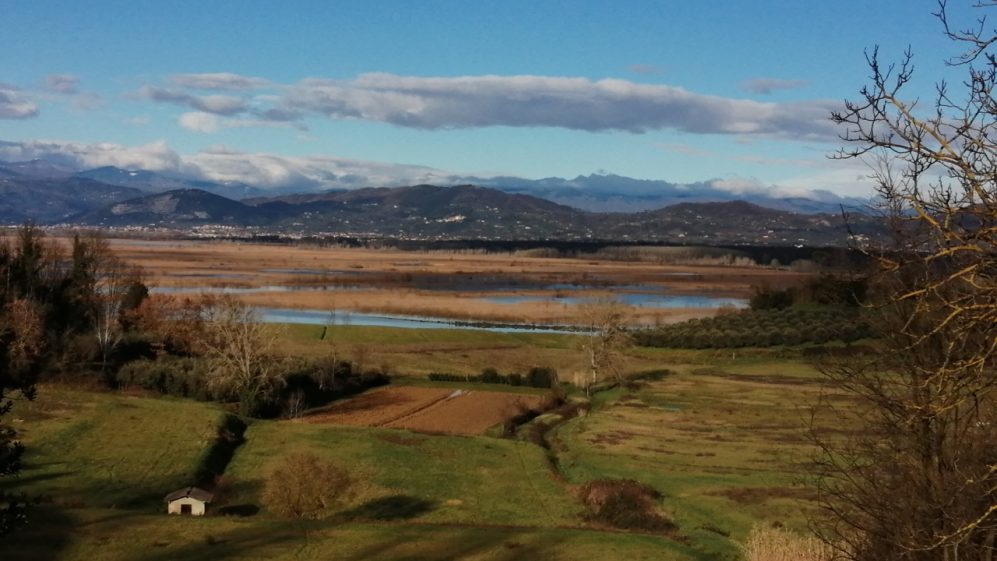 In Massarella, we will stop and rest at the garden of remembrance, with a spectacular panoramic view of the Fucecchio marshes.

The garden was inaugurated in 2015 in memory of the victims of the Padule di Fucecchio massacre occurred on August 23rd 1944, in which 175 civilians from Larciano, Fucecchio, Cerreto Guidi, Monsummano and Ponte Buggianese were murdered. The garden hosts a marble statue with a plaque showing the names of victims.

Let’s leave again and walk down to the Casotto del Sordo: here, in summer, it is also possible to take a break at the small Bettola, run by Il Padule Association, or have a trip on the traditional “barchini” (small boats) generally used by hunters during hunting season.

The last part of our route takes us to Cavallaia, where we cross the Usciana river again and discover the Fucecchio marshes, the largest wetland area in the interior of Italy, offering an extraordinary abundance of flora and fauna.

If you are not tired, take a path to reach, in a less than 2 hour walk, Castelmartini Visitor Centre, in the municipality of Larciano. Alternatively, walk back to Fucecchio.

The excursion from Ponte a Cappiano to the Padule di Fucecchio is just one of the many that you can do in the Empolese Valdelsa and Montalbano.
Discover more