MuseumsMuseums of art and archeology 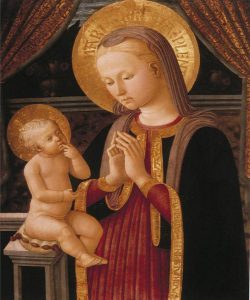 This interesting museum is housed in the splendid rooms of Palazzo Corsini, a few steps away from the remains of the medieval towers and from the churches of the Poggio Salamartano and represents some of the town’s most important traces of the past. The exhibition is set out in three sections – archaeological – historical-artistic and naturalistic and invites the visitor to discover the history of Fucecchio and its territory through the numerous archaelogical findings which mark the passage of time from the Prehistoric to the Modern Age. There are many medieval artefacts which have allowed for the construction of an example of a house from the XII Century with original ornaments and furnishings.

The Lotti Collection with its precious Etruscan black glazed ceramics and Egyptian bronzes allows the visitor to extend their view beyond this territory. On the first floor we pass from archaeology to art history, where we can observe the splendid painting and objects of sacred art which have come from churches in the area. The first room displays refined works such as the Madonna in gloria e santi, by Giovanni da San Giovanni known as Lo Scheggia, brother of the famous Masaccio and the Madonna con Gesù Bambino by Zanobi Machiavelli, a Florentine painter who was obviously influenced by Filippo Lippi. Not to be missed, the last room in this section where many paintings and two sculptures of the Fucecchio artist Arturo Checchi are displayed. The exhibition finishes on the top floor with the naturalistic section which presents around 300 examples of contemporary fossils and fauna, including some rare aquatic birds such as the white-headed duck, the purple swamphen and the ferruginous duck, which were once very common in the nearby Fucecchio Marshland.