At the heart of a territory known since ancient times for the presence of its regenerating salt waters, Gambassi Terme is a fundamental stop along the Via Francigena and a place historically well known for its well-being and welcoming characteristics.

Located along the main roads that during Etruscan and Roman times connected the main Tuscan towns, the town of Gambassi and the nearby Pieve di Santa Maria a Chianni in Medieval times were remembered by the Archbishop Sigerico di Canterbury during his pilgrimage towards Rome on the Via Francigena, which today is one of the most evocative “walks” in Europe.

In Medieval times, thanks to the presence of the necessary raw materials, Gambassi earned fame for its production of glassware, which is documented today by a permanent exhibition and by the manufacturing of terracotta, which in the XVII Century, was the chosen material of the sculptor Francesco Gonnelli, known as the Blindman of Gambassi, who immortalised different famous personalities of the time and who became a real celebrity himself.

A short distance from the historic centre  which conserves many of the original buildings and alleys from medieval times and offers breathtaking views of the surrounding countryside, the Parco Benestare can be found. Here, hidden behind the plants the Terme della Via Francigena embrace the beneficial properties of the water, offering treatments for the body and spirit, enhancing the genuine flavours of oil and wine which are in abundance in this area. 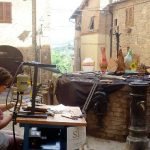 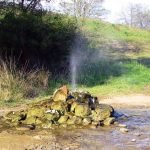 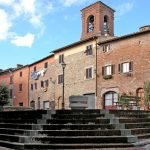 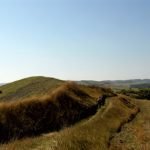 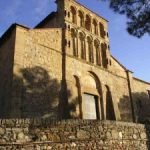 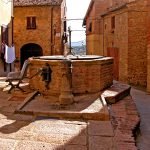 Wellness Park
Spas of the Via Francigena
Permanent exhibition on glass