Art and CultureMuseumsMuseums of art and archeology 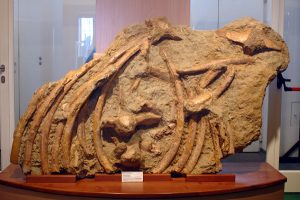 Housed within the Palazzo Pretorio, a building dating from the XIII Century located in the heart of the town, the museum displays mainly archaeological findings, minerals and fossils recovered from the Montaione area.

The entrance hall displays the fossilised remains of a whale discovered in Castelfalfi dating from about three and a half million years ago, reminding us that this area was once submerged by the sea. The displays dating back to the prehistoric era tell us the stories of earth’s first inhabitants.

The majority of the items displayed refer to the period between the VII and the I Century B.C and among these the Etruscan Stele of the VI Century B.C stands out. It was used as a tombstone where a warrior with helmet, lance and sword lies.

A whole section is dedicated to the historic crafts of glass and ceramics which began in the Middle Ages thanks to the abundance of raw materials and which are identified today through the fragments of pots and kiln waste.

Another interesting aspect is the collection of prehistoric stone objects found in various settlements in North Africa, including an Egyptian mask, dated within the IV dynasty (III Millennium B.C). 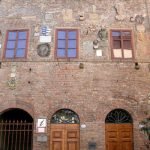 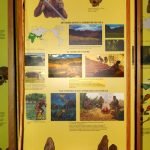 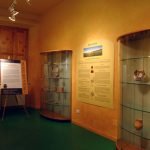 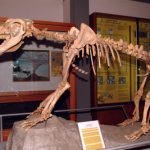 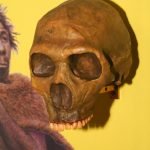 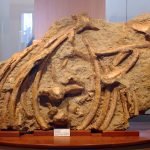