Art and CultureMuseumsMuseums of know-how 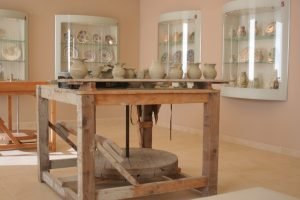 The Museum of Ceramics, part of the MMAB (Montelupo Museo Archivio Biblioteca – Montelupo Museum Archive Library), brings together important testimonies of the ceramics production in Montelupo.

Starting during the XIII Century, based primarily on the production of the majolica (glazed ceramics), manufacturing reached its apex between 1420 and 1530 thanks to the commercial contacts with the Mediterranean Basin, guaranteed by the nearby port of Pisa and from the contemporary fashion of “decorating” the table in the most important Italian courts.

There are over 1000 artefacts displayed in the 8 rooms of the Museum of Ceramics which narrate the story of the production in Montelupo from the Middle Ages up until the 19th Century. The majority came from archaeological digs carried out in the sites of the old kilns in the city centre, the most well known being that of the “Pozzo dei Lavatoi” where many examples of pieces destined for the Papal Court of Leone X were unearthed. They were discarded due to small defects. One of the most significant pieces is the plate known as “Rosso di Montelupo” a masterpiece of the Italian majolica Renaissance, which takes its name from the unique red pigment used in the decoration, the composition of which is still a mystery today. 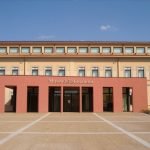 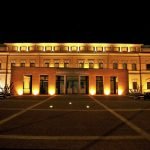 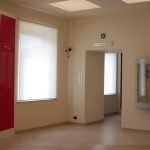 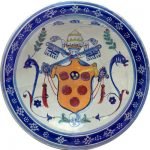 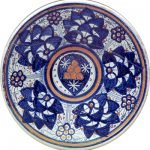 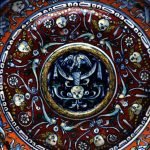