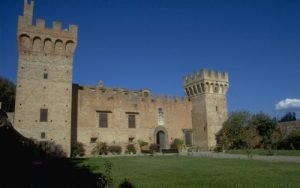 This extraordinary castle which has conserved its typical medieval architectural features (crenellated tower, high walls, moat, internal courtyard and well) was in fact built at the beginning of the Renaissance period as a fortified country villa by the Pucci family. Lorenzo il Magnifico, Papa Leone X and Vittorio Emanuele III, King of Italy, were some of the famous names who stayed in this castle.

During the Second World War the castle was inhabited by German troops and later Americans. Today Oliveto Castle is home to a Florentine wineproducing company and is one of the most exclusive wedding locations of the surrounding area. 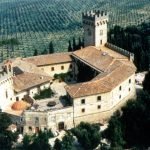 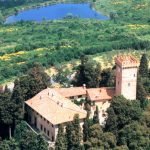 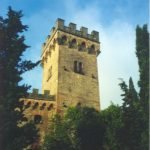 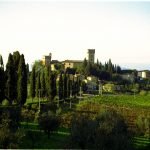