The Church of Santa Maria a Chianni 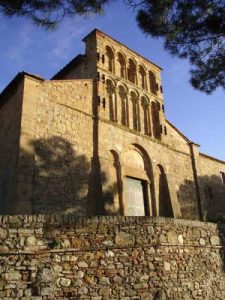 Remembered at the end of the 10th Century by the Archbishop Sigerico of Canterbury as the twentieth stopping point along the long Via Francigena, the Church of Santa Maria a Chianni represents one of the most important examples of late Romanesque architecture in Tuscany and is a short distance from the historic centre of  Gambassi Terme.

Despite the passing of the centuries and the restoration activities which it has endured, the Church conserves much of the original appearance bestowed upon it during the period from 12th – 13th Century and which reminds us of the facade of the Duomo in Volterra.

The facade in yellow sandstone stands out from the surrounding landscape while inside the rather austere space, typical of the Romanesque tradition, is divided in to three central naves by three rows of columns which are all different in terms of size, material and above all for the fantastic sculpted capitals. 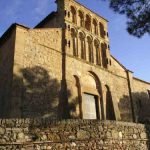 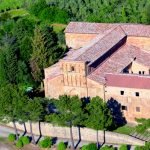 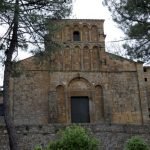 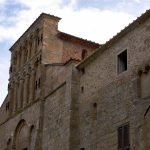