The Genius’ itineraries: in the footsteps of Leonardo da Vinci

The Montalbano area, in the heart of Tuscany, is a land of walkers: it is possible to walk along many paths to discover those places where nature is still uncontaminated. Among these, some are particularly connected to the figure of Leonardo da Vinci and known as the Genius Paths.

There are 5 itineraries, easy to walk, which allow walkers to discover Leonardo’s birthplaces and its surroundings, where the Genius of the Renaissance spent his childhood and which were a source of inspiration for his works and studies.

1. THE STRADA VERDE AND SENTIERO BALENAIA 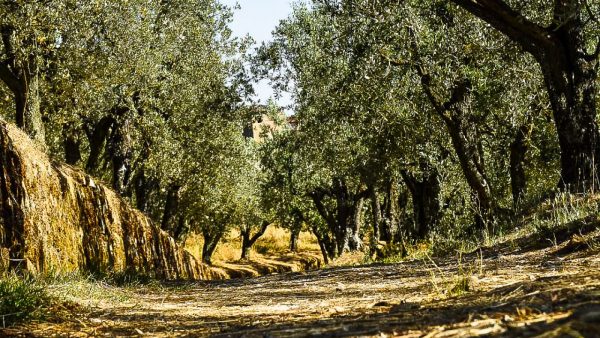 These two routes both walked in one trail make a ring-route.

Strada Verde (Green Route)
Length: 1.8 km
Route: walking, cycling
Difficulty: easy with some light slopes
The Strada Verde (Green Route) is the most famous route in Vinci, connecting its downtown to Leonardo’s birthplace, in Anchiano. The route starts form the north side of Vinci, along a paved road that runs along the Mulino del Doccia, mentioned by Leonardo in the Codex Atlanticus. The road develops in the middle of olive trees and vineyards offering stunning views. Along the way it is possible to visit the Acquaria park, then divert towards the Source of Mulino del Doccia and visit the village of Leoano and the section of the Museo Leonardiano “Leonardo e la pittura” hosted by Villa del Ferrale.

Sentiero di Balenaia (Balenaia Trail)
Length: 3.2 km
Route: walking, cycling
Difficulty: easy with some light slopes
The route starts from the junction of via Lamporecchiana with the Provincial road 123, in locality of Vallicella. It is also possible to reach the route from Via di Caterina. The path winds along the course of Rio Balenaia, the first stretch of the river Vincio. Along the route it is possible to admire many ancient water mills, some of them today are private houses, others reduced to ruins: some of these buildings, dating back to the period between 1500 and 1700, continued to operate up until the middle of the last century.

The Vincio Route
Length: 16.7 km
Route: walking, cycling (mountain bike)
Difficulty: easy
The route connects the Via Francigena to the Montalbano paths, crossing 3 municipalities: Vinci, Cerreto Guidi and Fucecchio. The first part is the Via di Caterina, named after Leonardo’s mother, then, it continues towards the Padule di Fucecchio and finally reaches the Ponte di Cappiano. 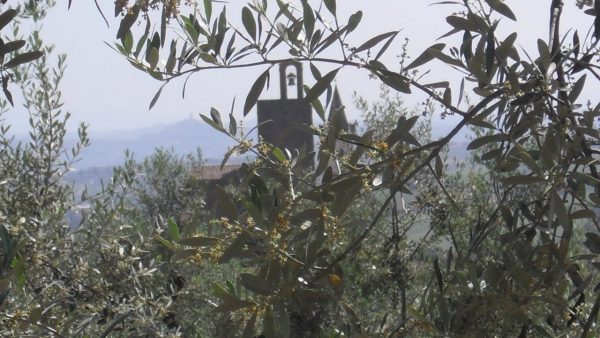 These two routes both walked in one trail make a longer 8-shaped path.

Poggio dello Zollaio
Length: 1700 mt
Route: walking, cycling
Difficulty: easy with some light slopes
The path of Poggio dello Zollaio is a quick walk through olive trees and vineyards. It starts from Piazza Leonardo da Vinci and welcomes the visitor with a beautiful perspective of Vinci and its main places of interest: the church of S. Croce and the tower of the Castle of the Conti Guidi.

Via di Caterina
Length: 4200 m
Route: walking, cycling
Difficulty: easy with some light slopes
The Via di Caterina route also starts from Piazza Leonardo da Vinci but, compared to the Poggio Zollaio path, it is more difficult to reach San Pantaleo, where Leonardo’s mother lived. The street takes the name of the woman because it seems that she walked it to visit her son Leonardo, who lived in the village of Vinci, with his paternal grandparents. The path along the river Vincio is suggestive. The route ends at the church of San Pantaleo, however it is possible to return to the starting point passing through the villages of Mazzantino and Piastrino.

Poggio Marradino
Length: 3200 mt
Route: walking, cycling
Difficulty: easy with some light slopes
It is a ring-route that goes around the hillock called “Marradino”, an easy route for an easy walk. The route starts from the Mulino del Doccia, close by Vinci, and along the way it is possible to admire the castle of the Conti Guidi. For this area, Leonardo planned the creation of an artificial lake, as testified by some maps of the Codex Atlanticus. The project involved the construction of a small dam to convey the water and use it as a reserve of hydraulic energy, as well as for the irrigation of the fields. 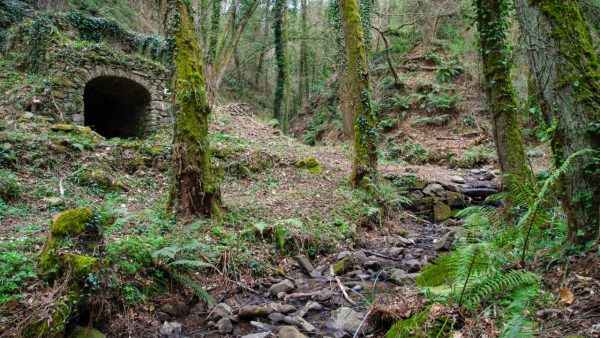 It is a path and a series of routes that branch off from it, allowing walkers to explore the valley around Vinci.

Mills Route
Length: 650 mt
Route: walking, cycling
Difficulty: easy with some light slopes
The Mills routes is a path that runs along the Vincio creek, along the way there are 5 hydraulic mills, dating back to the 16th and 17th centuries. The path starts near the ancient Baldassini Mill, on the route to Sant’Amato, which can be reached by foot from Leonardo’s birthplace, along a piece of gravel road. The Baldassini Mill is one of the best preserved and still displays the date of its construction, 1581. The last part of the path ends in the Barco Reale Mediceo, the ancient hunting reserve of the Medici family: part of the wall surrounding the whole reserve is still visible.

Anchiano-S. Lucia and Leccio di Faltognano
Route: walking, cycling
Difficulty: medium with some light slopes
It is a series of forest and country roads connecting the villages of Anchiano, S. Lucia and Faltognano. The point of reference is Leonardo’s birthplace. Along each route it is possible to admire the entire valley below. It is worth mentioning the presence of the centuries-old holm-oak of Faltognano, listed in the register of monumental trees of the Tuscan Region. Along the routes numerous dry-stone walls represent the typical terracing for the cultivation of vines and olive trees, some of them date back to the XV century.

The Genius’itineraries are just some examples of paths and routes that cross the Empolese Valdelsa and Montalbano region: discover all the itineraries suitable for those who love walking surrounded by nature or cycling.