Tuscany is the land of Dante Alighieri: there are many places directly linked to the figure of the Great Poet or mentioned in his Divina Commedia. From Florence, his birthplace, to the Casentino area and as far as the Lunigiana region.

Among these places there are also some villages located in the Empolese Valdelsa and Montalbano region, although not everyone knows it, such as: Castelfiorentino, Empoli, Certaldo and Fucecchio.

Come with us and walk along the Via di Dante in the heart of Tuscany.

CASTELFIORENTINO AND THE PEACE OF MONTAPERTI 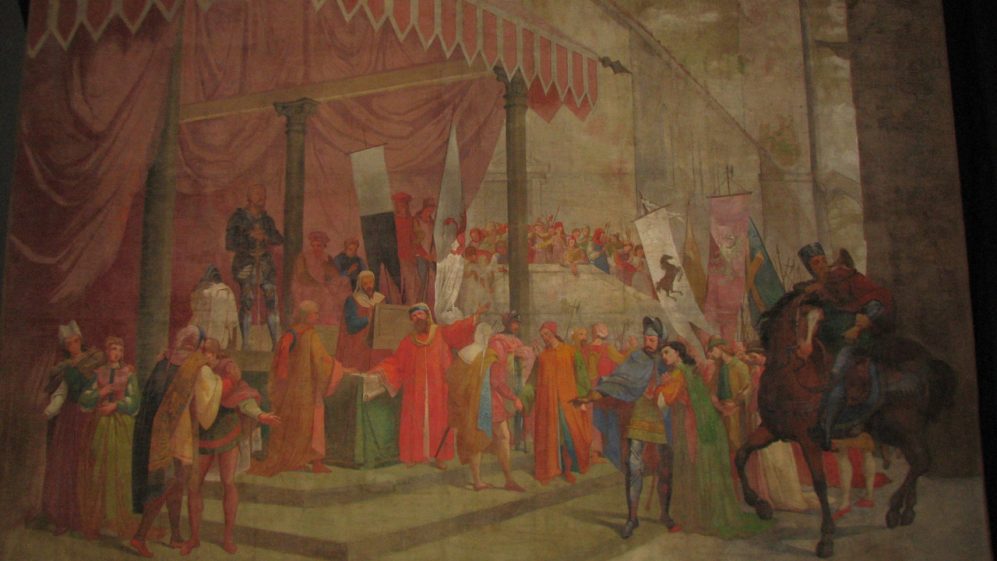 Our itinerary starts from Castelfiorentino. This ancient village is linked to a historical episode whose importance for Tuscany went far beyond the period in which it took place and which Dante often mentions in his Divina Commedia: the battle of Montaperti. The dispute between the Sienese Ghibellines and the Florentine Guelphs took place on September 4th 1260 and ended with the defeat of Florentines.

It was in the castle of Castelfiorentino that, two months later, peace was signed between the two factions, on November 23rd 1260. Castelfiorentino has changed a lot since then, but that memorable moment is immortalised in the curtain of the Teatro del Popolo of Castelfiorentino, one of the most important 19th-century theatres in Tuscany and the oldest in the Valdelsa region. 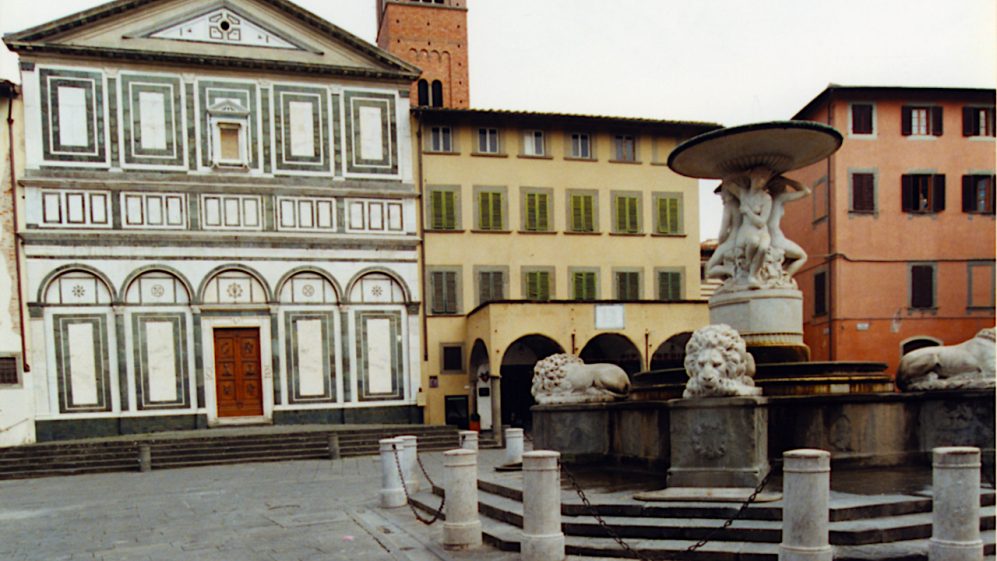 The Ghibelline Palace of Conti Guidi overlooked this square and it was here, in 1260, following the battle of Montaperti, that the Congress of Empoli was held. On that occasion, the Ghibellines from Siena and Pisa proposed to raze Florence to the ground. Farinata, an exponent of one of the noblest Florentine families who had joined the Sienese after being exiled, opposed this proposal, managing to block the vote and thus saving Florence from destruction.

This is why Dante expresses great respect for his figure in the Canto X of the Inferno.

CERTALDO AND THE DEFEAT OF SEMIFONTE 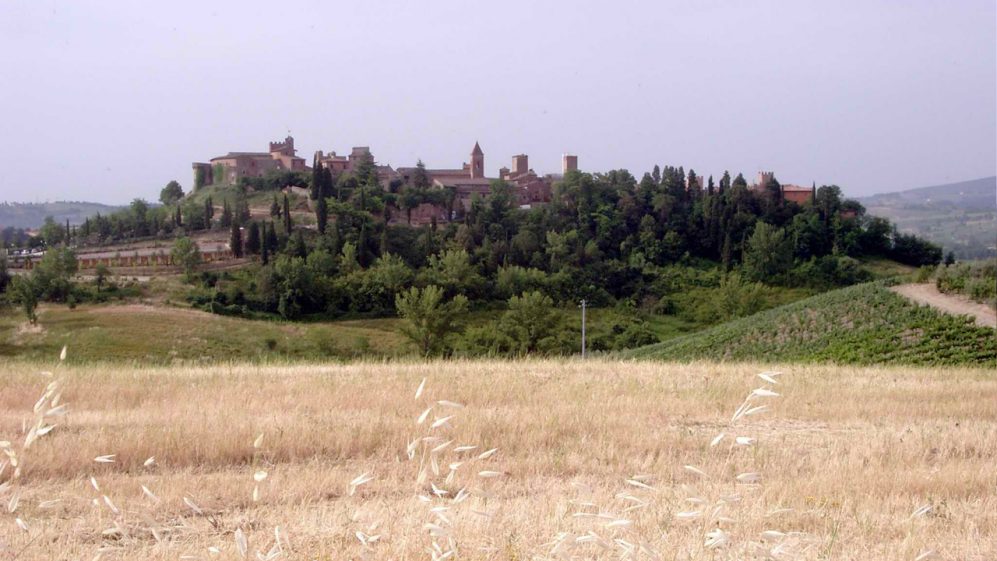 The Via di Dante’s third stage through the heart of Tuscany takes us to Certaldo. This delightful medieval village is the birthplace of Giovanni Boccaccio and is also related to the Great Poet for two reasons.

The first one is that Certaldo, where the Conti Alberti castle is located, sided against Florence, alongside Semifonte, a powerful town in the Valdelsa region, defeated by Florentines in 1201, and mentioned in the Divina Commedia. Following the defeat, Florence ordered Certaldo to lower the towers of the town, a symbol of defence and of the Alberti family’s greatness. From that moment on, the fate of the village was closely bound to Florence; thus, the defeat at Montaperti meant for Certaldo the demolition of the castle of the Conti Alberti by the Sienese.

The second relation between Certaldo and Dante concerns the figure of Giovanni Boccaccio, considered one of the fathers of Italian literature. Boccaccio was in fact born in Certaldo in 1313, and was also one of the first to appreciate Dante Alighieri: in his house, which can still be visited today, Boccaccio worked on one of the first annotated versions of the Divina Commedia, which contributed to the poet’s fame. 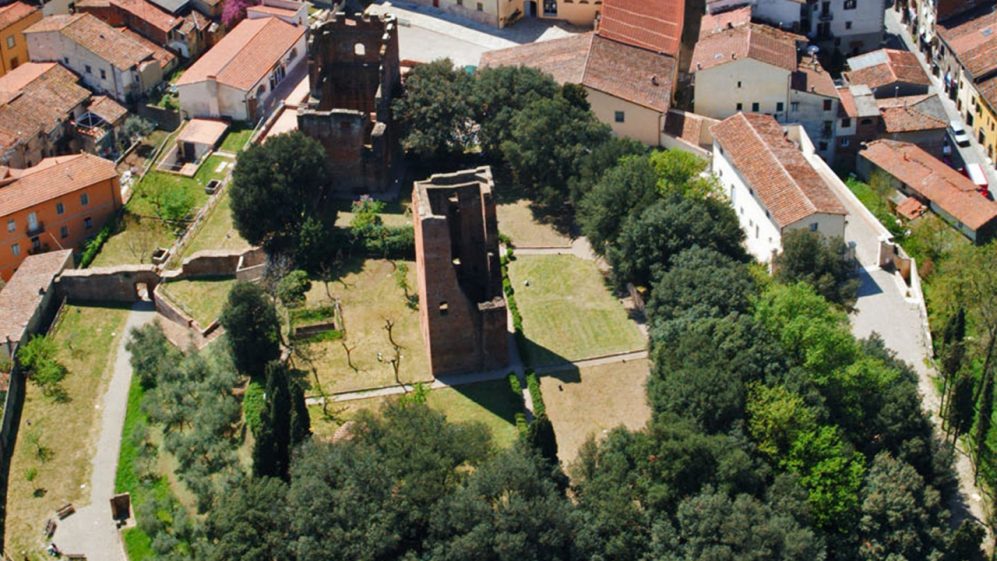 The last stage of our itinerary, along the Via di Dante in the heart of Tuscany, is Fucecchio. This town in the Montalbano area is not directly linked to the Supreme Poet, but rather to an episode that seems to have involved Dante’s father, Alighiero di Bellincione, a businessman of his time, probably dedicated to usury.

According to two parchments found in Lucca, Alighiero was involved, as procurator, in a judicial affair involving the abbot of the church of San Salvatore, which still stands today on Poggio Salamartano, the historic centre of Fucecchio. Some theories claim that Alighiero lent money to the abbot, obtaining the ownership of the abbey in return.

FROM THE HEART OF TUSCANY TO FLORENCE, IN THE FOOTSTEPS OF DANTE 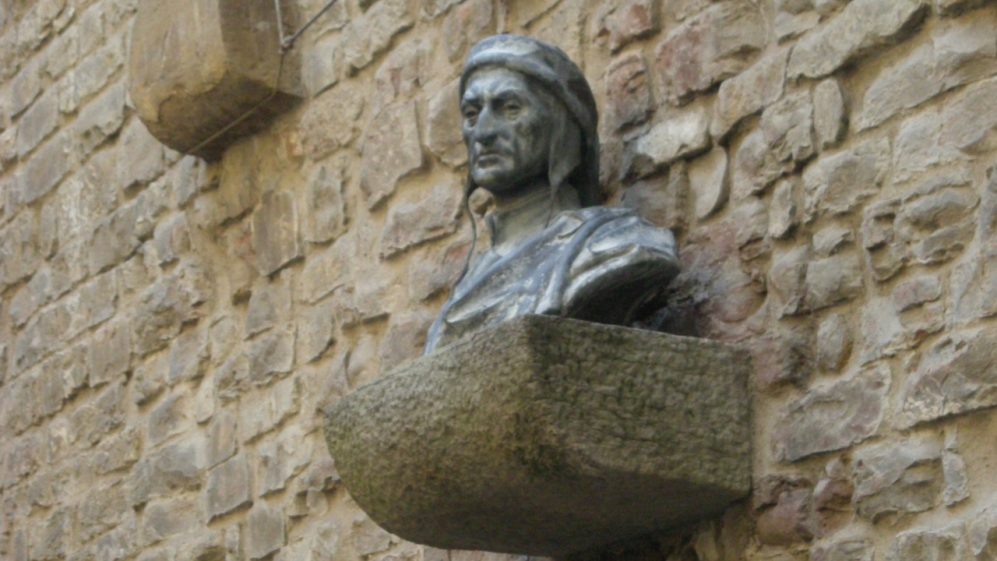 If you are not fed up with following in Dante’s footsteps, you can continue your itinerary reaching Florence which, from the Empolese Valdelsa and Montalbano region, takes less than an hour’s drive.

In Florence, among the most interesting places, it is also possible to visit the house of the Great Poet and the nearby church of Santa Margherita dei Cerchi, where it seems that Dante and Beatrice met for the first time.

Discover more Travel Ideas in Tuscany in heart on our website